Groups of 4 teams will play one round league.

Groups of 4 teams will play one round league.

The 3rd and 4th classified to the consolation phase.

Match breaks last 5 minutes in which the teams must stay in the playing -field.

The timetables will be strictly respected. The teams must be ready ten minutes before the beginning of the match.

In case of non-appearance the score will be 3-0.

If one team is sent off, the matches played by that team wonât have validityo. 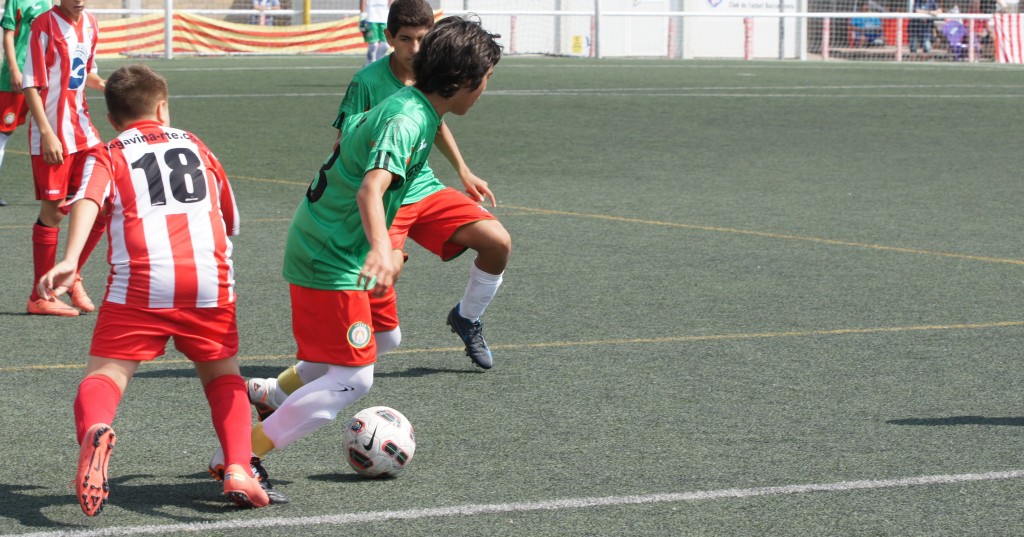 If the shirts of two teams had the same colors, the team in the second position of the match Statement would have to change theirs.

Before each match, representatives must fill in the relevant paperwork and submit it together with the identity Card or passport for each member to the responsible for the pitch.

It is necessary to bring original documents.

All the Tournament matches will be controlled by official referees from the Catalan Referees College.

The referee has all the authority in the pitches and can send off any team showing very bad behavior during the match. Later, the Competition Committee will decide the sanction for that team.

The sent off for two yellow cards wonât be punished, but any player who gets three yellow cards during the Tournament will be suspended for the next match.

If a team shows bad behavior during the Tournament or makes any illegal act with the players documentation, the team could be automatically sent off.

Any wrong alignment will be punished with the loss of the match and the points.

Protests and reclamationâs made in writing must be handed in to the person in charge for the pitch, one hour after the match ending, together with the protest fee (20.- â¬.). This fee will be returned if the reclamation is accepted.

All teams participating in the Barcelona Cup must accept, with no exception, the decisions taken by this Committee, which will be final.

It will be cautioned:

To align a player who is not at the list, which has been presented by the club and revised by the organization.

To align a player of the same category or a younger one twice in two different matches at the same day.

If any team acts irregularly, the Competition Committee will decide that the team, which have committed the infraction, will lose the match 3â0.

NOTES OF THE ORGANIZATION

Every team representative has to check that every participant is insured both, off and on the field. Each team must send a letter from their Federation confirming the above point.The Barcelona Cup will not be held responsible for injury, illness or theft.If it is necessary, the Barcelona Cup Organization can make any change for a better development of the Tournament. In all the categories is allowed the registration of 2 players (maximum) per team, that are one year older.

All the participating entities must accept with no exception the Rules of this Seven. Youth Football Tournament Barcelona Cup.